Domaine Glinavos entered 2017 in the best possible way by receiving 8 new distinctions from two international competitions, turning it into the only multi-awarded winery in Epirus and the first in awards in Northwestern Greece.

The first awards were bestowed by the PAR WINE AWARD 2017, where the 2015 vintage Primus Zitsa Barrique, touched perfection by being graded with 95 points out of 100 and acquired the Gold Award. The quartet was joined by Traminer 2015, Syrah 2013 and Lefteris Glinavos Brut 2012, which all received Silver Awards.

The PAR WINE AWARD competition has been organized since 2011 with the participation of Greek wines by the WINE System AG and Mr. Martin Darting, an internationally acknowledged oenological consultant and taster.

The next four awards were granted during the International Thessaloniki Wine and Spirits Competition to Dryades 2011 and Aspra Homata 2016 which gained the Gold Medals and Syrah 2012 received the Silver Medal. This quartet closes with the Asimenia Limni, a distillate made of Debina variety, which was presented with the Silver Medal at the special distillates category.

The 17th International Thessaloniki Wine and Spirits Competition was carried out during 1-3 March 2017. During this competition, 42 distinguished connoisseurs from Greece and abroad, including oenologists, wine producers, journalists and more wine-related professionals tasted 783 samples from Greece and 7 other countries.

Domaine Glinavos continues to set Zitsa’s vineyards and her amazing wines on the international wine scene. Quality is a matter of choice. 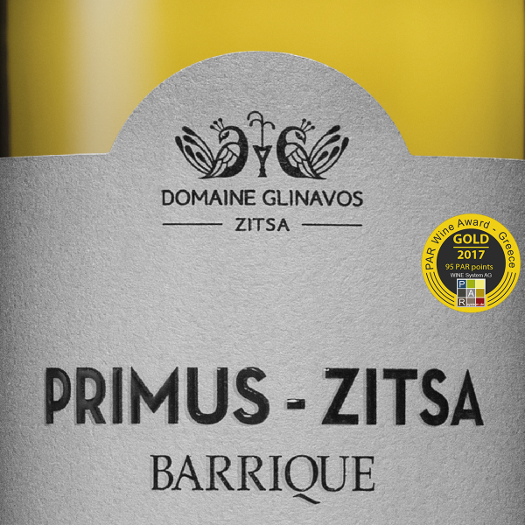